Should you give away your nest egg to your heirs—and then stick Medicaid with your nursing-home tab when the time comes? Outrageous though it might seem, it is a perfectly legal estate-planning strategy. 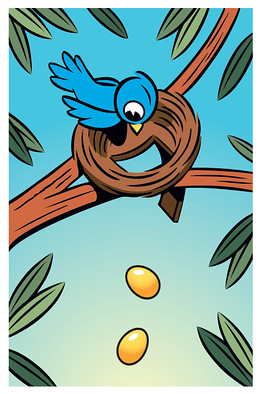 Mother and son Vera and Paul Kubala were weighing such a plan pitched to them a few months ago at a financial seminar. Mrs. Kubala, who is 82, could have set up an irrevocable trust to hold an annuity she would buy using most of her assets. Upon her death, the annuity would go to her family. Meanwhile, if she needed long-term care, the lack of assets in her name would allow her to qualify for Medicaid. They decided against it in part for ethical reasons.

Does such a plan make sense for you? Even before you begin to tackle the moral dilemmas, quality-of-life issues might argue against it. “It’s not only important to think about how money’s being left to her family, but also how [the mother] is going to get the type of care she needs,” says elder-law attorney Vincent Russo of Westbury, N.Y.

Medicare, the federally administered health-insurance system for the aged, covers long-term health needs in only a few circumstances. Medicaid, the state-federal program that helps pay for care for the poor and disabled, covers nursing homes for those who qualify.

But the system is straining government budgets like never before. The program spent nearly one-third of its revenue, or about $110 billion, on long-term care in the fiscal year ended Sept. 30. That puts pressure on the system to cut costs, which doesn’t always mean excellent care. That pressure will increase in coming years as baby boomers retire en masse.

And you may have little say on where you spend your golden years. Nursing homes often get paid less by Medicaid than by private insurance. Some facilities—particularly newer, nicer ones—try to limit their Medicaid numbers. So, the government-paid bed you can get could be far from family in a facility you dislike.

Similarly, you can’t control the type of care you get. Even if your state has Medicaid funding for assisted-living units, there is probably a waiting list.

Due to budget pressures, the rules governing Medicaid planning have tightened. To become eligible, you generally must have no more than $2,000 in cash and investments. In the past, regulators looked at gifts you made up to three years before applying for Medicaid. Now, they look back five years. And the penalty period—during which you can’t get Medicaid to pay for care—starts when you apply for Medicaid, not at the time you made the gift.

Giving money to your children also could complicate their finances in unexpected ways—hurting their chances to qualify for financial aid to send grandchildren to college, for example. If you want to give your home to the kids, think about what might happen if they go bankrupt, get divorced, or decide sooner than you that it is time for a nursing home.

To make sure your kids get something while you keep a say over your long-term care, Mr. Russo suggests holding onto your money instead of setting up an annuity-funded trust. If it turns out you need long-term care, you could give half of your assets to your kids, tap the long-term-care services most appropriate for you at that point, and apply for Medicaid if needed. Then, with the rest of your money, you could either buy a short-term annuity or make a short-term loan to one of your children, using the payments you get back to cover as much of your care costs as possible.

Let’s say a mother gives half of her $200,000 in savings to her children and then applies for Medicaid (with care costing $5,000 a month). If she buys an annuity or makes a loan with her remaining money, she should have enough income each month to pay for 20 months of care herself. After that, Medicaid would kick in. Or, with luck, she may be back on her feet and never need it.

Linkedin
-->
How can we help?
Call Now Button
Call Us Now